A crime scene in real life isn’t pretty, and it is far more bizarre than the crime scenes you see in movies. Not only does a crime scene have an adverse impact on a person’s psyche, but it also leaves behind hazardous waste which can be fatal to one’s health. Fluids, objects and chemicals left at a crime scene can be infectious in nature. In the upcoming paragraphs, we will talk about the dangers of biohazard exposure and the different types of bio hazard waste. 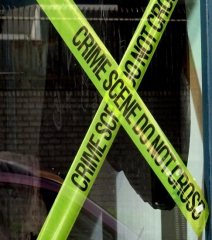 So, let’s break it down.

After an episode of theft, vandalism, arson or murder, it is in your best interest to leave the place and relocate to somewhere safe until the place has been cleaned up. The presence of hazardous waste can result in the spread of infections. It can also attract insects and pests, while causing fugal growth.

Exposure to blood at a crime scene can result in bodily diseases such as HIV, Hepatitis B, and C. Only some of these diseases can be cured, while most of them are only treatable. Thus, cleaning up biohazard waste requires special expertise, and it is better to assign the task to a professional Biohazard cleanup company in Portland, OR.

Furthermore, the cleaner may end up may carrying bodily fluids and infectious materials on their clothes, which can put others at risk.

Now that we have discussed the dangers of biohazard exposure, let’s take a look at some of the most common types of biohazard waste.

All of these items can have blood on them, which is infectious and cause several incurable diseases.

Next on our list of hazardous waste is pathological waste. It includes body parts, organs and tissues. Pathological waste should be packed in a double bag before it is disposed of.

Some items from the category of solid waste also fall into the category of sharp waste. As the name suggests, sharp objects like vials, needles, and pieces of shattered glass have the ability to pierce through one’s skin and cause infection. Sharp waste can tear through plastic bags, therefore, they must be disposed of in special disposable containers.

Bodily fluids like blood and chemicals fall into the category of liquid waste. They should be collected in liquid disposal containers which should be placed in another container for extra safety.

For the best biohazard cleanup services in Portland, OR, feel free to visit our website. 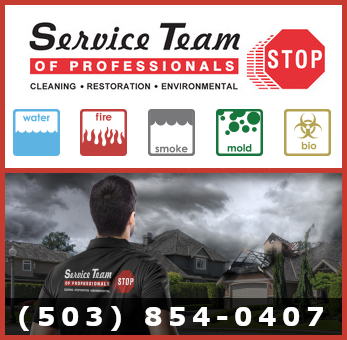 ABOUT the EXPERT
(Author of this Blog)

SERVICE TEAM OF PROFESSIONALS
(503) 930-8995
EMAIL ME
VISIT MY WEBSITE
SERVICE TEAM OF PROFESSIONALS is a home restoration company, specializing in water / flood damage repair, and servicing the greater Portland, OR area.  STOP Restoration of Portland understands that helping people navigate a disaster means more than just making repairs to their home. Eric and April Blackburn developed their company on the premise that compassion and respect are just as important as skills and craftsmanship when helping people through unplanned events.