Marriage is a One-Way Street | But the right Divorce Attorney can get you back on the road. 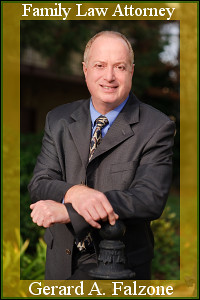 Getting married is like leaving a parking lot where they have the one-way spikes on the ground.  No really…

When you drive over the one-way security spikes in the RIGHT direction, you roll over them no problem and they slide right down to the ground, simply submitting to the slight pressures it takes to travel in this low-friction direction.  And of course, if you were to turn around and drive right back into the spikes going the wrong way you would lose your tires and all of a sudden find yourself traveling at a much slower pace.

The reason this relates to divorce is because getting married is easy; it’s like going over the security spikes the right way, allthewhile realizing the innate danger involved in such a journey.  But besides the costs of the wedding (which can be kept to a minimum ladies), getting married is easy and not too expensive.

But when you want to get divorced, it’s like driving over those one-way spikes the WRONG way.  It’s very costly, painful and you end up moving at a much slower pace (in life) afterward.

But in all seriousness that’s not fair to say, nor is it remotely realistic.  Many people have and cherish the dream of one day getting married and I’m no one to tarnish that image.  And plus it’s not even realistic to think people aren’t going to get married, no matter what you tell them.  And so does anyone know the reason why that is?   Does anyone know why marriage, in a sense, is inevitable?

Because of alcohol! :-D  Yeah!

Oh it happens.  It happens in Vegas all the time…

Realistically I know there are a million reasons why people get married, not just because they were drunk in Vegas and made a whimsical decision.  But for what ever reason to get married, it seems like there are just as many reasons that people have to divorce.

So life happens as they say and sometimes things just don’t work out.  And so if you have to get a divorce then you have to make a good decision.  You need a great divorce lawyer who’s going to present you and your interests.  You need someone who’s been in business for a long time and has enough credentials to publish a small newspaper’s worth of content.  You need someone who’s not going to blow one of the biggest decisions you’re making in your life.

So if you’re looking for a recommendation, I do know one professional family law attorney that really knows his stuff…

Gerard A. Falzone, the Law Offices of Gerard A. Falzone, is a team of professionals that have been helping clients with divorce cases for a long time.  With over 24 years of practice in family law, Gerard A. Falzone is a serious force in the court room; well prepared and experienced in execution.  If you are in the unfortunate situation of divorce, child custody, separations or any other family law matter and you’re located in the East Bay or North Bay Areas of Oakland, CA and San Rafael, CA, then you should read more about how he can help.